The path to code execution isn’t always a straight line. Sometimes the path is long and winding. Such is the case with a series of vulnerabilities that I reported to MikroTik that was recently patched in 6.45.7. This blog guides the reader down that path, beginning with unauthenticated requests to Winbox and ending with a root busybox shell.

The RouterOS terminal supports the resolve command for DNS lookups.

Requesting 8.8.8.8 to resolve google.com via the command line

Under the hood, this request is handled by a binary named resolver. Resolver is one of the many binaries that is hooked into RouterOS’s Winbox protocol. The protocol is closed source, but I’ve presented on it and released quite a few proof of concepts based on the protocol. At a high level, “messages” sent to the Winbox port can be routed to different binaries in RouterOS based on an array-based numbering scheme. For example, [14] will get messages routed to the main handler in resolver.

Of note in the above vtable is sub_8055cb4. This function overrides nv::Handler::handle(). This is notable because nv::Handler::handle() is rarely overridden. handle() determines if the received message has sufficient permissions to execute the requested command. The mistake in, or perhaps a feature of, sub_8055cb4 is that it does not validate the permissions required to invoke three commands:

The three commands (3, 4, and 6) allow an unauthenticated remote user to make DNS requests through the router to a DNS server of their choice. I wrote a simple proof of concept called winbox_dns_request.

At first glance, that isn’t a huge problem. Perhaps an amusing way to proxy a DNS c2 tunnel, but that’s it. However, you’ll see this is surprisingly useful.

By default, RouterOS has the DNS server feature disabled. 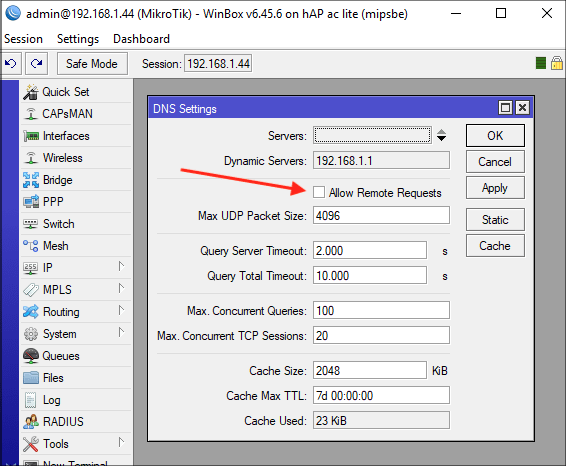 However, even with the server feature disabled, the router maintains its own DNS cache. 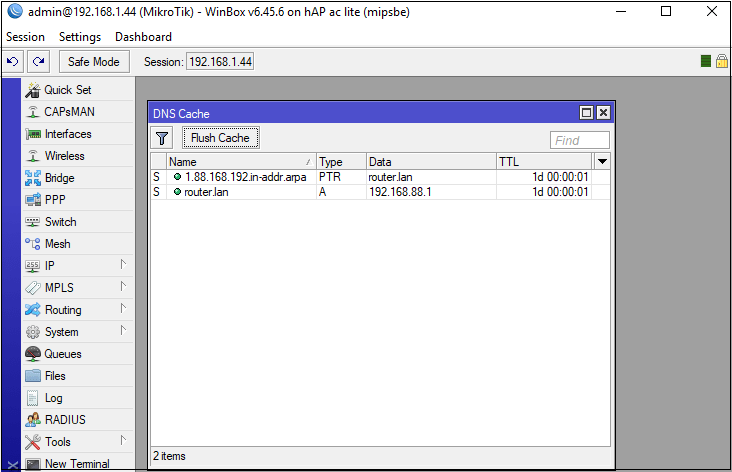 When we make a request using winbox_dns_request, say for example.com, the router will cache the result. 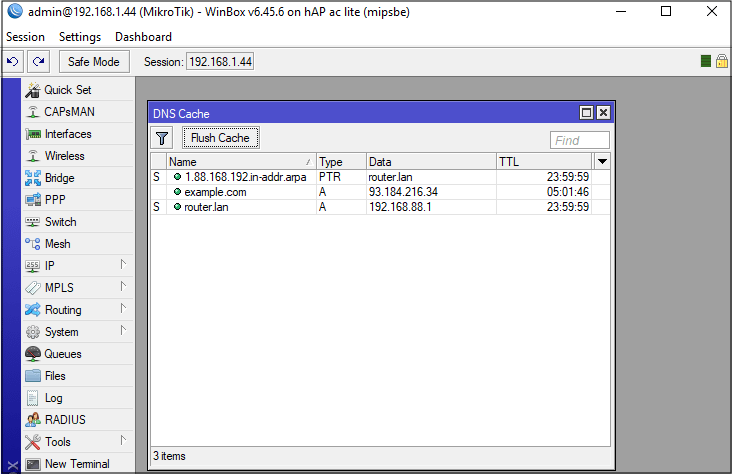 And, since we can specify the DNS server the request should go through, it’s trivial to inject bad addresses. For example, consider this DNS server implementation by Philipp Klaus. I’ve tweaked it to always respond with an A record containing the IP address 192.168.88.250.

When I tell Winbox to look up example.com using my malicious DNS server you can now see that the router’s DNS cache gets poisoned. 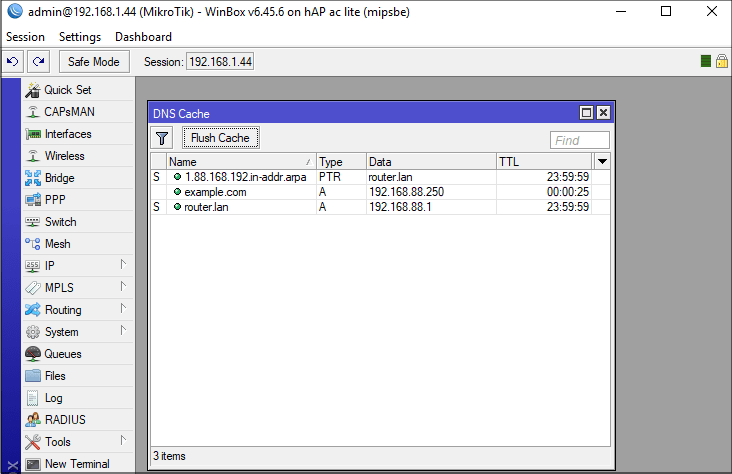 The router requests one resolution and we provide five back. The router incorrectly caches all of these responses. 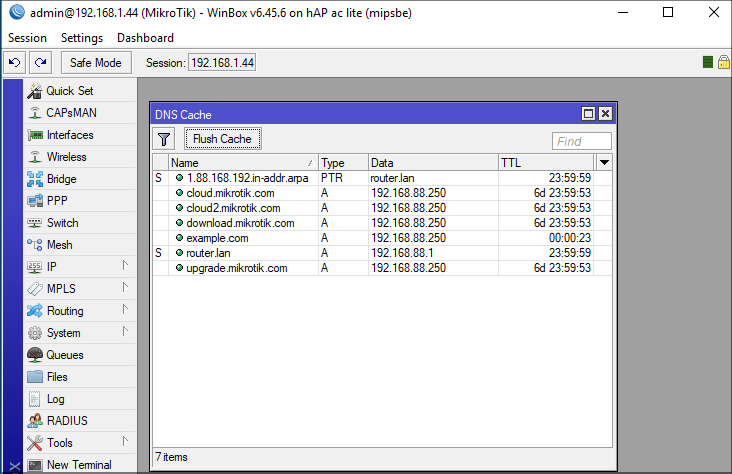 Obviously, this attack is also useful if the router is acting as a DNS server, as it allows you to attack the router’s clients. However, this blog will continue to focus on taking over the router itself.

RouterOS’s upgrade mechanism is conducted entirely over HTTP. Recently, there was delicious infosec drama because many people can’t accept updates over HTTP aren’t necessarily problematic. As long as everything is signed and verified, upgrade over HTTP is totally fine.

But that isn’t the case for RouterOS. Of course, the packages themselves are signed. But, due to a bug, routers can be tricked into downgrading to an older version of RouterOS. In the image below you can see the router initially makes two HTTP requests when upgrading.

The first request is to http://upgrade.mikrotik.com/routeros/LATEST.6. This returns information about the most recent Stable release.

Using this information, the router then requests the CHANGELOG for 6.45.6 at http://upgrade.mikrotik.com/routeros/6.45.6/CHANGELOG.

That might not look familiar if you don’t RouterOS often. But the CHANGELOG is displayed when the user checks for updates. 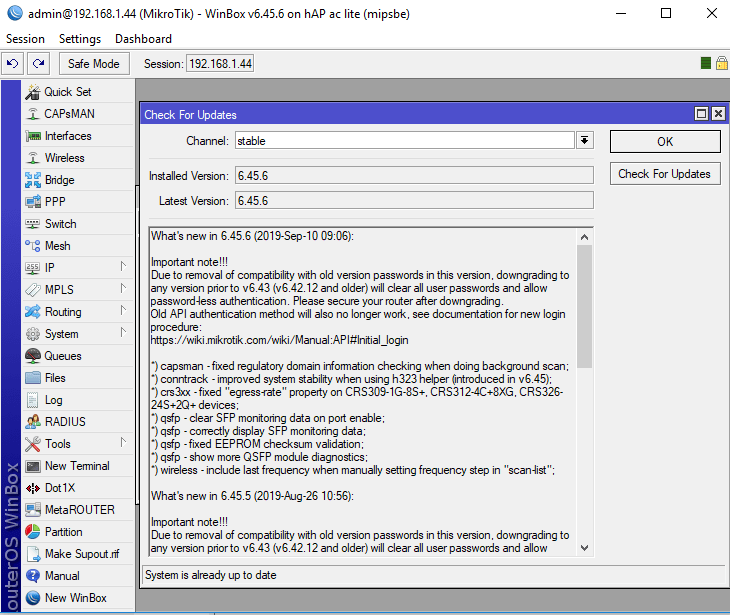 After inserting my malicious server, 192.168.88.250, as upgrade.mikrotik.com in the router’s DNS cache, it’s trivial to recreate upgrade server’s logic:

Which just proves the RouterOS isn’t doing anything to verify the provided information. As mentioned, you can take this further and trick RouterOS into downgrading by messing with the LATEST.6 information.

I believe this is all predicated on being able to switch between the various branches without having to go through the special downgrade logic. First grab the output from LATEST.6fix (aka the long-term branch):

Next create the 6.45.8 directory and download RouterOS 6.41.4 into it. Be sure to name the file routeros-mipsbe-6.41.4.npk so that the router downloads the correct package (for those testing on their own change mipsbe to whatever architecture your router is using):

After restarting the malicious web server, and assuming the router’s DNS cache is poisoned, then when the user installs the “new update” they’ll bypass the normal logic that forbids downgrade via update and switch over to RouterOS 6.41.4. That seems worthy of a proof of concept video, but I have a couple of other points I’d like to make first.

There are a couple of reasons I chose to download all the way to 6.41.4 (released April 9, 2018). The first reason is MikroTik’s downgrade password reset logic. From MikroTik’s release notes, I’ve bolded the most interesting part:

Since we tricked RouterOS to downgrade from 6.45.6 all the way down to 6.41.4, the admin user’s default empty password is back. That means the attacker can log in as the admin user.

The other reason I wanted to downgrade to 6.41.4 is because there are a few known vulnerabilities that enable a backdoor on the system. Using those vulnerabilities I can get a full busybox shell.

Here is a video of the full attack from DNS request all the way to the shell.

Video is a bit long due to the time it takes to apply an “upgrade.”

There’s a way to create the backdoor without throwing an old exploit. There was a bug in package installation that allowed an attacker to create arbitrary directories on the system.

First you need to understand how Mikrotik’s npk packages are put together. For a nice graphic, I’ll refer you to Kirils Solovjovs’ github. Otherwise, I wrote a tool called ls_npk:

The individual sections aren’t important to this discussion. What is important is that a SHA-1 hash is computed over all the sections up to the signature section (9). The SHA-1 and a signature are stored in section 9, therefore ensuring the package is valid and secure.

Except for a few small mistakes. First, MikroTik fails to include the first 8 bytes of the file in the SHA-1. These bytes contain the file’s magic bytes (0xbad0f11e) and the total length of the file. Furthermore, RouterOS stops computing the package’s SHA-1 once it hits the signature section. Meaning, an attacker can append arbitrary data to an npk and it won’t invalidate the signature verification scheme.

When I realized this, I was really excited. I thought I was going to be able to add my own squashfs block (22) to the package. Alas, due to the way the logic is laid out, RouterOS won’t parse an attacker added squashfs block. But it will parse an appended “part info” field (1).

Part info is made up of three fields and some amount of padding:

Every time the router reboots it will parse this the npk package and use the “name” field to create a directory in /ram/pdb/. 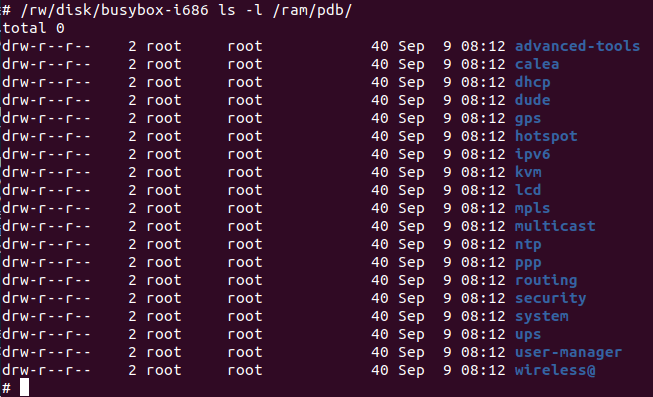 Unfortunately, this process was vulnerable to directory traversal via the package’s name, allowing an attacker to create a directory anywhere on disk.

The backdoor enablement file for 6.41.4 is simply /pckg/option. As long as that file exists, even as a directory, the backdoor is enabled. I wrote a tool called option_npk that appends the directory traversal at the end of a valid package.

Above, you can see I appended the extra part info field to dude-6.41.4.npk. After installing the dude package, a strange disabled package shows up. 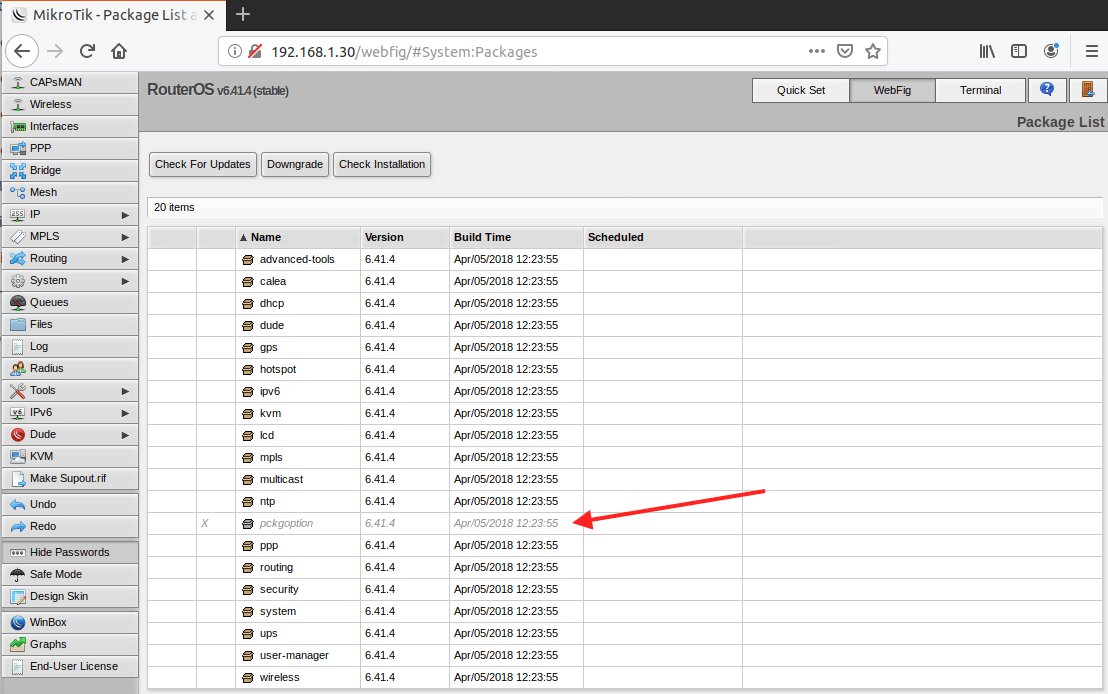 Also, you can now login as the devel user over telnet or SSH, so of course you’ll find that the option directory has been created.

Used in combination with the earlier downgrade attack, this vulnerability enables the backdoor without forcing the attacker to throw an old exploit.

A Conclusion of Sorts

Simply disabling Winbox mitigates all of these attacks. I happen to very much like RouterOS and the features it offers, but, at this point, Winbox seems somewhat of a liability. I suggest disabling it and using SSH instead. Unfortunately, last I looked, there are more than half a million Winbox instances facing the internet. 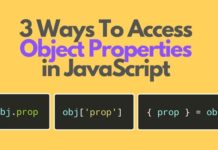 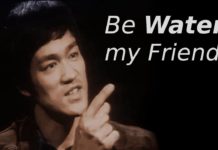 8 habits you should avoid when developing with Javascript 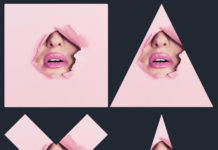 C# Advanced Topics: Take Your C# Skills to the Next Level 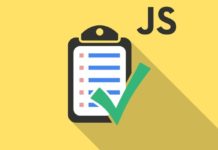 6 things I wish I knew about state management when I...