A Complete Guide to Data Attributes

HTML elements can have attributes on them that are used for anything from accessibility information to stylistic control.

What is discouraged is making up your own attributes, or repurposing existing attributes for unrelated functionality.

There are a variety of reasons this is bad. Your HTML becomes invalid, which may not have any actual negative consequences, but robs you of that warm fuzzy valid HTML feeling. The most compelling reason is that HTML is a living language and just because attributes and values that don’t do anything today doesn’t mean they never will.

Good news though: you can make up your own attributes. You just need to prefix them with data-* and then you’re free to do what you please!

It can be awfully handy to be able to make up your own HTML attributes and put your own information inside them. Fortunately, you can! That’s exactly what data attributes are. They are like this:

Data attributes are often referred to as data-* attributes, as they are always formatted like that. The word data, then a dash -, then other text you can make up.

Can you use the data attribute alone?

It’s probably not going to hurt anything, but you won’t get the JavaScript API we’ll cover later in this guide. You’re essentially making up an attribute for yourself, which as I mentioned in the intro, is discouraged.

What not to do with data attributes

Store content that should be accessible. If the content should be seen or read on a page, don’t only put them in data attributes, but make sure that content is in the HTML content somewhere.

CSS can select HTML elements based on attributes and their values.

This can be compelling. The predominant styling hooks in HTML/CSS are classes, and while classes are great (they have medium specificity and nice JavaScript methods via classList) an element either has it or it doesn’t (essentially on or off). With data-* attributes, you get that on/off ability plus the ability to select based on the value it has at the same specificity level.

The specificity of attribute selectors

It’s the exact same as a class. We often think of specificity as a four-part value:

Attribute selectors have less specificity than an ID, more than an element/tag, and the same as a class.

In case you’re needing to correct for possible capitalization inconsistencies in your data attributes, the attribute selector has a case-insensitive variant for that.

It’s the little i within the bracketed selector.

CSS allows you to yank out the data attribute value and display it if you need to.

You could use data attributes to specify how many columns you want a grid container to have.

See the Pen
Data Attribute Based Columns by Chris Coyier (@chriscoyier)
on CodePen.

If you have a reference to that element, you can set and get the attributes like:

Note the camelCase usage on the last line there. It automatically converts kebab-style attributes in HTML, like data-this-little-piggy, to camelCase style in JavaScript, like dataThisLittlePiggy.

This API is arguably not quite as nice as classList with the clear add, remove, toggle, and replace methods, but it’s better than nothing.

Hey, why not? It’s just a string and it’s possible to format it as valid JSON (mind the quotes and such). You can yank that data and parse it as needed.

The concept is that you can use data attributes to put information in HTML that JavaScript may need access to do certain things.

A common one would have to do with database functionality. Say you have a «Like» button:

That button could have a click handler on it which performs an Ajax request to the server to increment the number of likes in a database on click. It knows which record to update because it gets it from the data attribute. 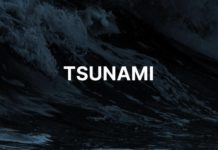 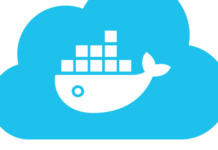 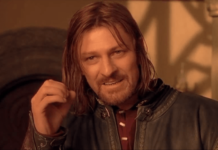 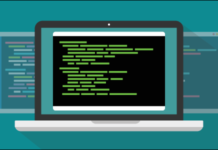