Functional programming is a style of programming that attempts to pass functions as arguments(callbacks) and return functions without side-effects(changes to the program’s state).

So many languages adopted this programming style. JavaScript, Haskell, Clojure, Erlang, and Scala are the most popular among them.

And with its ability to pass and return functions, it brought so many concepts:

And one of the concepts we are going to look at here is Currying.

In this article📄, we will see how currying works and how it will be useful in our work as software developers.

Tip: Use Bit to build JS apps faster with components. Share and reuse components across apps, using them like Lego to build with your team. Try it.

Currying is a process in functional programming in which we can transform a function with multiple arguments into a sequence of nesting functions. It returns a new function that expects the next argument inline.

It keeps returning a new function (that expects the current argument, like we said earlier) until all the arguments are exhausted. The arguments are kept "alive"(via closure) and all are used in execution when the final function in the currying chain is returned and executed.

Note: The term arity, refers to the number of arguments a function takes. For example,

So, currying transforms a function with multiple arguments into a sequence/series of functions each taking a single argument.

Let’s look at a simple example:

This function takes three numbers, multiplies the numbers and returns the result.

See, how we called the multiply function with the arguments in full. Let’s create a curried version of the function and see how we would call the same function (and get the same result) in a series of calls:

One single function has been turned to a series of functions. To get the result of multiplication of the three numbers 1, 2 and 3, the numbers are passed one after the other, each number prefilling the next function inline for invocation.

We could separate this multiply(1)(2)(3) to understand it better:

Let’s take it one after the other. We passed 1 to the multiply function:

It returns the function:

Now, mul1 holds the above function definition which takes an argument b.

We called the mul1 function, passing in 2:

The mul1 will return the third function:

The returned function is now stored in mul2 variable.

In essence, mul2 will be:

When mul2 is called with 3 as the parameter,

it does the calculation with the previously passed in parameters: a = 1, b = 2 and returns 6.

Being a nested function, mul2 has access to the variable scope of the outer functions, multiply and mul1.

This is how mul2 could perform the multiplication operation with variables defined in the already exit-ed functions. Though the functions have long since returned and garbage collected from memory, yet its variables are somehow still kept "alive".

You see that the three numbers were applied one at a time to the function, and at each time, a new function is returned until all the numbers are exhausted.

Let’s look at another example:

We have a function volume that calculates the volume of any solid shape.

Like what we had in the multiply function, the last function only accepts h but will perform the operation with other variables whose enclosing function scope has long since returned. It works nonetheless because of Closure.

The idea behind currying is to take a function and derive a function that returns specialized function(s).

I kinda liked the mathematical illustration 👉Wikipedia gave to demonstrate further the concept of currying. Let’s look at it here with our own example.

If we have an equation

We can curry f(x,y) to provide the variables in a series of functions:

It is the same as:

The value hasn’t been resolved, it returned a new equation 9 + y expecting another variable, y.

y being last in the variable chain, The addition op is performed with the previous variable x = 3 still retained and a value is resolved, 13.

before finally getting the result.

Wow!! That’s some math, if you find this not clear enough 😕. You can read📖 the full details on 👉Wikipedia.

I can design the curried function of volume to be this:

We just defined a specialized function that calculates a volume of any cylinder of length (l), 70.

This version isn’t a curry. We just did a partial application of the volume function.

Currying and Partial Application are related, but they are of different concepts.

Partial application transforms a function into another function with smaller arity.

Note: I purposely left out the implementation of the performOp function. Here, it isn’t necessary. All you have to know is the concept behind currying and partial application.

To make it be currying, it would be like this:

Currying creates nesting functions according to the number of the arguments of the function. Each function receives an argument. If there is no argument there is no currying.

Currying works for functions with more than two arguments — Wikipedia

Currying transforms a function into a sequence of functions each taking a single argument of the function.

There might be a case whereby currying and partial application kinda meet👬 each other. Let’s say we have a function:

If we partially apply it. We will get:

Also, currying will give us the same result:

Though currying and partial function gave the same result, they are two different entities.

Like we said earlier, currying and partial application are related, but not actually the same by design. the common thing between them is that they depend on closure to work.

Of course, currying comes in handy when you want to:

1. Write little code modules that can be reused and configured with ease, much like what we do with npm:

For example, you own a store🏠 and you want to give 10%💵 discount to your fav customers:

When a fav customer buys a good worth of $500, you give him:

You see that in the long run, we would find ourselves calculating discount with 10% on a daily basis.

We can curry the discount function, so we don’t always add the 0.10 discount:

Now, we can now calculate only with price of the goods bought by your fav customers:

We use our curried discount function:

We setup a new function for our super-fav customers by calling the curry function discount with a 0.2 value , that is 20%.

The returned function twentyPercentDiscount will be used to calculate discounts for our super-fav customers:

2. Avoid frequently calling a function with the same argument:

For example, we have a function to calculate the volume of a cylinder:

It happens that all the cylinders in your warehouse🏠 are of height 100m. You will see that you will repeatedly call this function with h as 100:

To resolve this, you curry the volume function(like we did earlier):

We can define a specific function for a particular cylinder height:

Let’s develop a function that takes any function and returns a curried version of the function.

To do that we will have this(though you own approach could be different from mine):

Next, we return a function that also collects the rest of the parameters as …_args. This function invokes the original function fn passing in ...args and ..._args through the use of the spread operator as parameters, then, the value is returned to the user.

We can now use our own curry function to create specific functions.

Let’s use our curry function to create a more specific function (one that calculates the volume of 100m(length) cylinders) of the volume function: 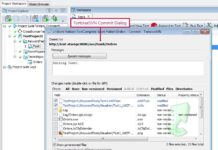 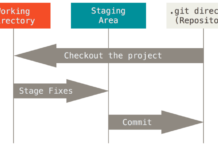 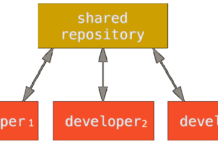 The Complete Sass & SCSS Course: From Beginner to Advanced 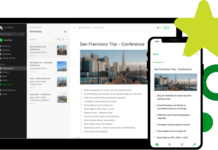